Although Higher Education Institutions have always established contact with international partners, the development of the European Area of Higher Education led to an acceleration of the need to internationalize, which is characterized by a more strategic and structured net of contacts and by the effective cooperation among higher education institutions. Internationalization of HEIs is a complex process, involving several aspects; and does not happen the same way and at the same pace everywhere. Even at a national level, the strategy, the objectives and speed of internationalization change from one institution to another taking into consideration the advantages and / or challenges needed to be faced. This case describes the evolution of internationalization in one of the Polytechnic of Porto’s (IPP) schools – the School of Accounting and Administration of Porto (ISCAP).

The School of Accounting and Administration of Porto (Instituto Superior de Contabilidade e Administração do Porto, ISCAP) (www.iscap.pt) is the second biggest school of the seven in Polytechnic of Porto (IPP). Its biggest area of intervention is related to Business Sciences. In 2014, ISCAP had around 3900 students and 230 teachers. It offers several courses leading to a degree (grade and Master’s) as well as some post-graduation courses, specializations and short courses in Business Sciences.

The information presented in the following paragraphs was based on the analysis of the reports produced by the International Office, as well as the results from the interview conducted with this Office’s responsible. The information was compiled and will be presented in a chronological way, noting the goals, results and difficulties met during the full process.

ISCAP’s internationalization can be said to begin in 2004, as before that time the number of international students was low to non-existent. The few existing mobilities were weak and non-structured. During that year, the school’s board decided to assume internationalization as a strategy, and as something with important value, creating the International Office (Gabinete de Relações Internacionais, GRI) and nominating a manager to lead the newly created Office.

The main difficulties felt at the beginning of the project were (1) English programs for foreign students were non-existent and (2) Despite the students being tutored by ISCAP’s teachers, they didn’t have much availability from the former to collaborate in projects. There also was some resistance to the propagation of information of international scope.

Aware of the need to develop an international culture connecting everyone of the school’s collaborators, GRI started the organization of the International Day. This was the first event of its kind in all IPP. The goal was to sensitize ISCAP’s academic community for the mobility issues through the testimony of students and teachers of and from ISCAP. Another objective was to reinforce partnerships and captivate new possible partners. At the time, the main difficulties felt were related to some technical aspects as well as captivating the interest of other Universities. Besides, it was very difficult to propagate materials and courses in English.

In 2005, ISCAP became a member of the European network SPACE: European Network for Languages and Business Studies (www.space-network.org). As a consequence of its active participation in the network (meaning a presence in its various meetings over the years) the number of partnerships, projects, and mobilities started to increase. Nowadays, 2 of the Chairs of the committees of the network work at ISCAP and even the President of the network is from ISCAP.

Another event that has been organized since 2006 is ISCAP’s International Week. This event consists in a “domestic internationalization”, harboring visiting teachers to present their subjects to classes of Portuguese students in ISCAP. The subjects taught are, usually, related to the course/class the visitor teaches. It is also possible for this content to be an introduction to a foreign language nonexistent in the curriculum of the several courses (ex: Polish, Czech). This concept of the International Week was already present in some partner Universities and seemed to be an interesting way to help increasing ISCAP’s internationalization. However, the concept was adapted and personalized according to the profile of ISCAP. It should also be noted that this concept has won an Honorable Mention in 2014, with the Prize for Good Practice for Internationalization and Mobility in IPP (Prémio das Boas Práticas de Internacionalização e Mobilidade no IPP). One of the difficulties felt at the time remained the lack of classes in English allowing for the increase in students’ mobility to ISCAP. To solve this problem, the English Program (Programa em Inglês, the first of its kind in IPP), to match the offer of Portuguese to Foreign People (Português para Estrangeiros) was created in 2008. At the time, an increase in the number of students willing to make their mobility in ISCAP was already noticed, so the strategy of the Tutor Project (Projecto Tutorado) was no longer enforceable. As a consequence, the number of international students started increasing exponentially. The remaining obstacles were related to the fact that the offer of English classes was just in a limited number of subjects, as not all teachers were equally capable in that language.

The next step was to think of a way for the foreign students to better integrate in ISCAP and the city, promoting, simultaneously, their involvement with the sponsors (ISCAP students who support and accompany the foreign students) and the remaining students. For that goal, an Orientation Week of ISCAP (Semana de Orientação do ISCAP) was created (the first event of this nature to be created at IPP level). This event consists of a week of activities of entertainment and information, of the Portuguese students, along with the foreign ones. The main difficulties felt were related to the late publication of the academic calendars and the fact that the dates chosen for the event were not always the best possible ones (in the first semester, especially).

In 2011, the “Cultures on the Move” event was first organized. This is a biannual event of promotion of the cultures of the international students to ISCAP students who signed up for mobility, having as its purpose an intercultural preparation. Until 2013, this preparation was mostly done in an event with presentations from the international (IN) students; but since 2013 the format was changed: a) ISCAP students (OUT) wrote a cultural motivation letter about the desired destination country; b) the IN students made a comment about the expectations and needs of a mobile student in that country; c) the Portuguese students and the IN students met in a small gathering, discussed important topics about the destination country and its culture, exchange contacts and initiated a relationship that is intended to support ISCAP students’ mobility. The main difficulties found thanks this event were how to motivate ISCAP students for the presentations of IN students.

Still in 2011, COMAP – ISCAP’s accompany Commission (Comissão de Acompanhamento do ISCAP) was created, consisting of an informal group of ISCAP students, collaborating with GRI in the support of IN students in activities such as: sponsor management and distribution, support in housing offers, Orientation Week organization – just to name a few. The main challenges were related to the establishment of a regular and effective interaction between IN students and ISCAP ones, lasting beyond Orientation Week in the first semester. In 2012, the first Double Diploma between ISCAP and a foreign university was created, in this case Université Bretagne Sud (FR). Another Double Diploma soon followed, with Alytos College (LT). These double diplomas allowed for the beginning of and internationalization of ISCAP’s curriculum. The main difficulties were related to motivating of the students to participate, especially with the French university, as the working language must be French.

In 2014, ISCAP accomplished its first Joint Programme (JP) with two foreign institutions, one from Lithuania and one from Estonia. The main differences between a double diploma and a JP is that this one means the offer of an equal program (usually developed together) between all the institutions involved, while the double diploma allows for students to obtain credits in a foreign institution that later recognizes and credits them, allowing for the obtaining of a double diploma. The main challenges at the moment with JP are with governmental policies that didn’t allow to begin the program still during the school year of 2014/15.

The existence of another type of mobility, not only for formation, should also be noted. We are referring to traineeship mobility. In fact, over the last 4 years, ISCAP has received dozens of students wanting to exert some kind of professional activity over their summer vacations. ISCAP has been integrating these students in diversified services and organizations.

However, mobilities are not the only factor making the history of ISCAP’s internationalization. In the school’s curriculum, the evolution in terms of international projects should also be mentioned. The first project where ISCAP participated as a partner was InterCom – International Communication, in the Comenius program, in 2005. This was followed by others where the school was also a partner, and, in 2010, ISCAP has its first two projects as a coordinator approved – “Love Language” (Leonardo da Vinci) and FinLiCo (Grundtvig). The main challenges felt with these projects were related to the teachers’ motivations to present and submit applications at a national and European level. There were also some problems at an administrative level and current management, related to the projects’ formalities. For that, an Office was created – the Office for Project Management (Gabinete de Apoio a Projectos) – and a full time employee was assigned, whose functions are, on one hand, to identify opportunities to submit projects, inform the teachers of these opportunities to submit projects, as well as the procedures to follow for application submission and for their follow up, and, on the other hand, support in financial and administrative management following the project’s approval. About this point it should still be noted that the people involved have little to no previous formation in the subject, making any initiative or activity more troublesome and time consuming.

In 2014, there are currently running two financed projects, one by POAT and another by Lifelong Learning. Still in 2014, 9 projects were submitted, where ISCAP appears as either a coordinator or a partner. From these 9, two were approved.

It should also be noticed that, within the SPACE network, several Theme Groups (Grupos Temáticos) exist. In 2008 ISCAP sent not only the responsible for the GRI to a SPACE meeting, but also someone else, so they could, more actively, participate in the several Groups. Following this participation, ISCAP has begun to be actively involved in these Groups’ activities. Shortly, these teachers became the chairs of two of the Theme Groups. These Groups’ activities imply the execution of projects of a lesser dimension, with teachers and students from several European educational institutions, which contributes to ISCAP’s internationalization, as more people become aware of ISCAP, its teachers and its work.

There is a book chapter that will appear in a book edited by Rosalind Latiner Raby with Palgrave. 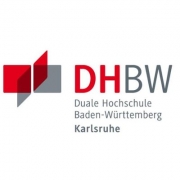 Teaching, Learning and Assessment and Skills in Further Education