Czech legislation and corresponding implementation practice does not provide any formal barriers as to access to employment with regard to particular type and profile of EQF 6-8 qualifications. This approach is also supported by official government schemes such as the National System of Qualifications and the National System of Employment, which namely declare equivalence of diplomas awarded by professional tertiary schools (vyšší odborné školy, VOŠ) No formal differentiation between PHE and other HE degrees in respect of employability); and corresponding higher education (bachelor) degrees. Also in important regulated professions sectors such as healthcare and education, for some professions (type of positions) alternative path to qualification is supported, and provided for, by the relevant legislation. 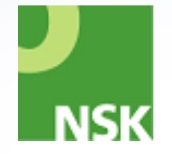 Extraordinary Professorships under New Higher Education Law
Benefit of Using AV media in the Post-production Module
Professional Higher Education in Sustainable Agritourism
National portal on qualifications and occupations as a base for students’ study programme choice
Develop and strengthen the cooperation with all stakeholders embedded at all levels of institutions
Joint Study Programme between University, Vocational School and NGOs
Care of the Career Path of Graduates in Nursing Care (Medical College, Prague)
International Conference DisCo: Technology & Education