The Statutes of the HRC include the regulation of operation and establishes a four-level system of organization. The supreme decision-making body of HRC is the Plenary Session, comprising all of the rectors of the Hungarian higher education institutions (65). Operative decision-making and implementation duties are fulfilled by the Presidency with ten members. Special professional issues are discussed by nineteen committees with powers of decision-preparation. The work of all bodies of HRC are supported by the Secretariat headed by the Secretary General.

Most of the activities pursued by HRC are enhancing the efficient co-operation between the universities and the Government and are establishing international collaborations and projects supporting the internationalization of Hungarian higher education.

Why we are participating in the project

Any project with a scope of the entire Hungarian higher educational system can take a huge advantage of collaborating with the Hungarian Rectors Conference, since HRC has active relationships with all Hungarian higher educational institution. HRC realizes “single channel communication”: State Secretary for Higher Education communicates with the institutions through HRC, and the institutions turn to HRC asking to represent their interest towards the Ministry of Human Capacities. As a result of this, all relevant professional higher educational information is available at HRC, which together with the very active network of HRC enables HRC to perform professionally all the tasks in the project, just to highlight a few of them:  HRC nominated the most relevant experts to the thematic peer-learning groups, recruited highly relevant stakeholders to the national mirror committee and effectively includes national stakeholders to elaborate policy interventions.

Our role in the project

As the Secretary General of the Hungarian Rectors’ Conference, Dr Dubéczi has been working with a large number of national and international higher educational institutions since 2006, therefore he has an extensive experience in various fields of higher education, including legislation procedures, creating statutory proposals, managing scholarship programmes, and enhancing internationalization.

In addition to his current work at the HRC, in 2013 Dr Dubéczi used to be the Chairman of the Secretary Generals’ Committee at the European University Association, from March 2014 he is the chairman of the Supervisory Board at the Tempus Public Foundation, and from January 2015, he is the Director for Education at the Central Bank of Hungary. He is an active presenter at international conferences and a recognised expert in workshops.

In the past years, under his leadership at HRC, a great emphasis has been put on fostering internationalization in Hungary, with regards to incoming and outgoing student mobility, promotion of the Hungarian higher education and conclusion of agreements between nations. Due to his innovative solutions and engagement towards development, Hungary has achieved outstanding success in the Brazilian Science without Borders scholarship programme and has built fruitful relations with Latin-American and Asian countries.

At the moment, Dr Dubéczi’s main focus is the enhancement of the role of the private sector in HE. In the project PROCSEE he is responsible for the strategic management of the project. 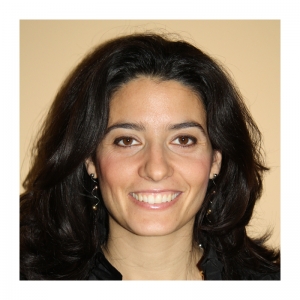 She was also the national networks coordinator of the European Schoolnet (EUN) network, and the national networks coordinator of the Information and Communication Technology cluster (ICT cluster) operated by the European Commission’s Directorate General for Education and Culture, July 2007 – July 2012, throughout which Ms Perényi got to know the mechanisms of the collaboration in a wide network.

Her current work at HRC covers both national and international related tasks, with a scope on the whole higher educational system, and with a special focus on European initiatives and projects. In the project PROCSEE she is responsible for the operative management of the project.